Poor second baby, girlfriend just got her own room when we moved here and now it is finally nearing completion. Remember when I posted her inspiration board, like almost a year ago? Whoops. Anyway, stick a fork in this one, it’s pretty much done. Juuust in time to have to switch it up for new baby. I’m planning on having baby #3 sleep in Harper’s room in a few months just because two toddlers in a room together seems like a recipe for disaster. Plus, I like to keep my little angels in their cages cribs as long as possible.

I mentioned it in my home tour post but we decided not to paint any of the walls in the house. The color is fine, it’s a warm white (is that the most annoying description or what?) so I don’t think it screams rental, or at least that’s what I’m telling myself. I really wanted to add some jazz to Harper’s room and once I saw Dina’s nursery, I had to have it for our little lady. I followed her tutorial to a T but ordered my stars from Urban Walls and it worked perfectly. I would have loved to paint the ceiling a pale pink to mimic the actual wallpaper but mama ain’t got time for that. You may have gotten a sneak peek on IG a million years ago, here. Also, I have no idea why it looks like giraffe has been sent to the corner. 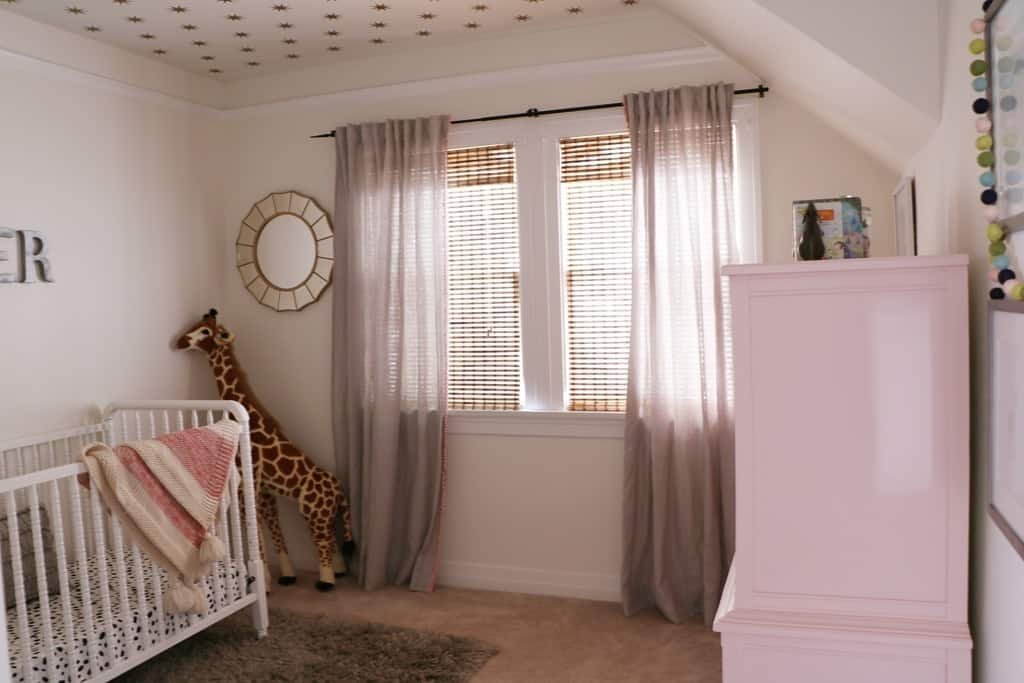 Onward to the pictures. I apologize in advance for the blurry look but this room is THEEE hardest to photograph since we essentially get no light from those west facing windows. I had to pump up the light/exposure for these shots which = nice and blurry. 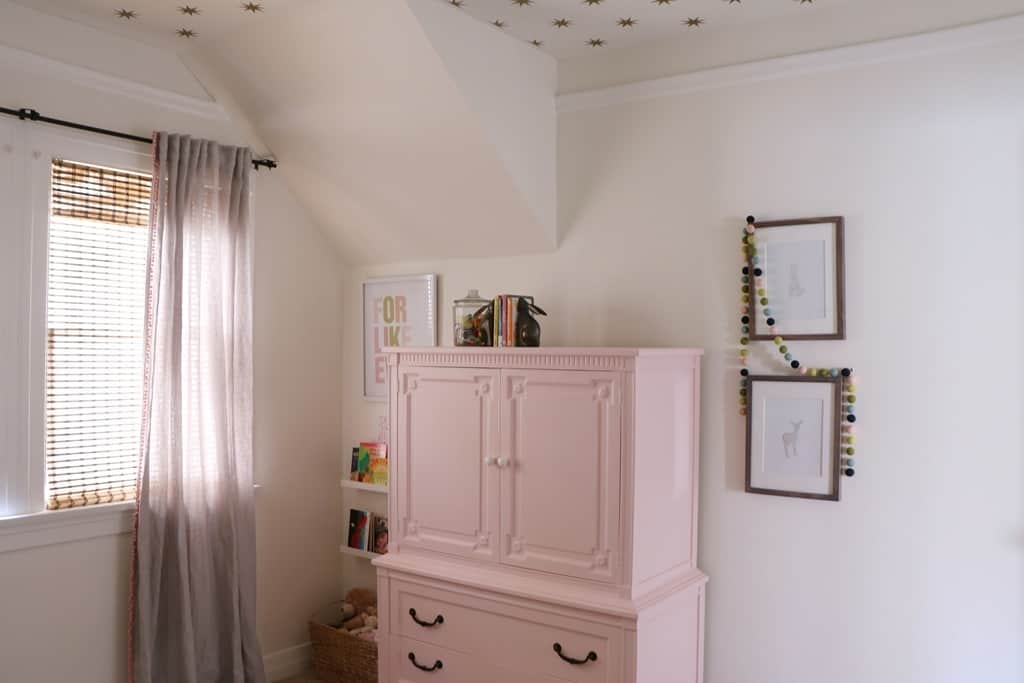 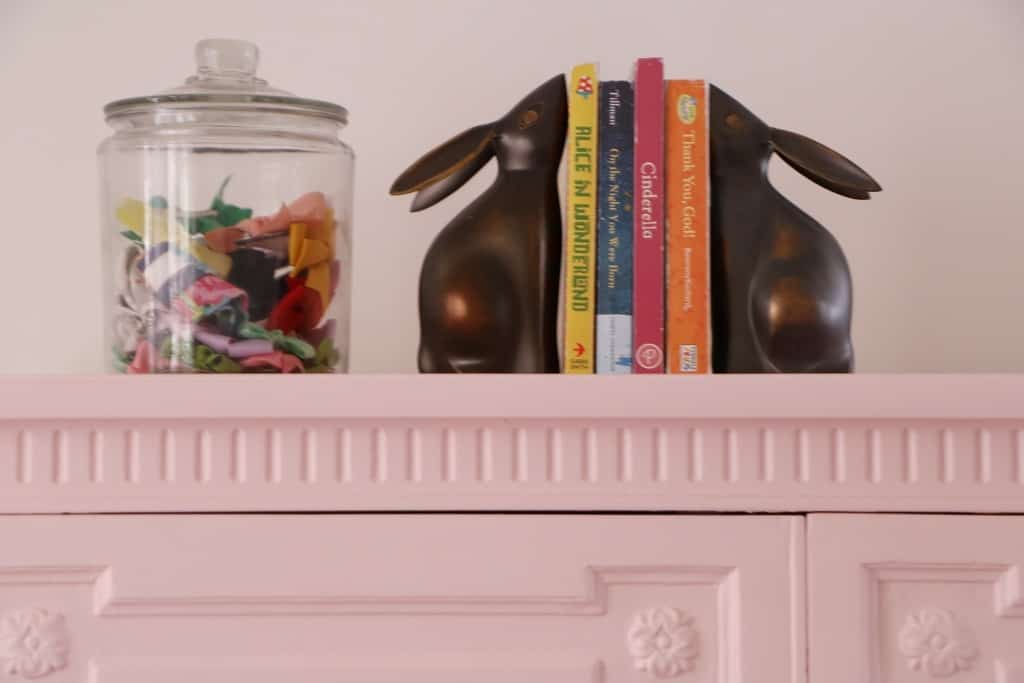 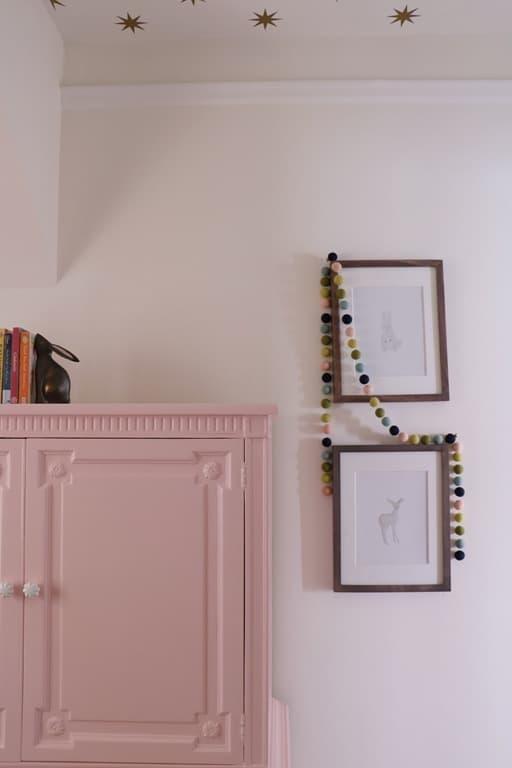 I didn’t end up finding a long dresser on Craig’s List like I initially wanted but this one made all my pretty in pink nursery dreams come true. I have a post allll about it coming up. I just kept the changing pad and supplies in Hudson’s room and he doesn’t seem to mind. 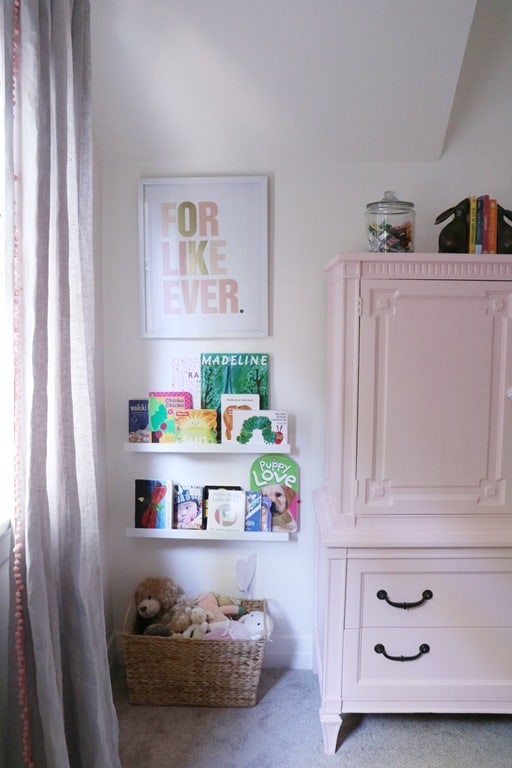 This little book nook is my favorite. Harper is SO careful with her books, even the paper page ones. She loves picking out which 15 she wants to read before bedtime. I was planning on doing some floor pillows but we’ll see. 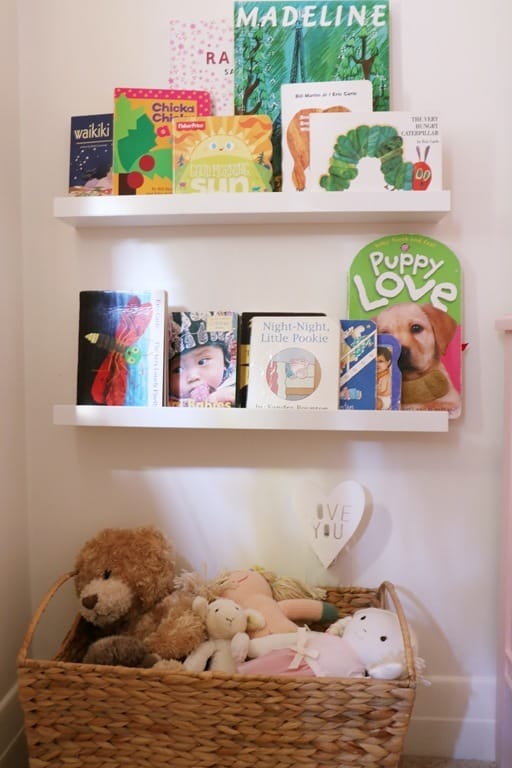 So, that’s where we’re at for Harper’s room! I’m almost done-ish with Hudson’s room (try to believe me!) so I’m hoping to have pictures for you all to marvel at soon.

Here are my favorite sources from the room, let me know if I missed anything you’re dying to have.

You may also enjoy:

Ahrens in your Inbox